In this research division, we aim to recognize the interface as a “field for the expression of spatiotemporal function,” starting from the verification and demonstration of conventional interfacial theory, creating novel physical properties, functions, and theories, and finally, developing novel functional materials. Research subjects range from soft (organic) and hard (inorganic) materials, nanomaterials, and biomaterials to promote projects from a basic and application-based perspective.

Tokyo University of Science has traditionally established laboratories specializing in “interface science” on each campus. Researchers specializing in such disciplines convened and the Division of Colloid and Interface Science was established in 1981; since, it has been working actively as a cross-campus and interdisciplinary laboratory. Its activity has been widely recognized in Japan as well as rest of the world. In the future, advanced research will be carried out in interface science from aspects such as chemistry, physics, bioscience, mechanical engineering, and theoretical sciences using keywords “dynamics of interface”and “advanced analytical technique.” 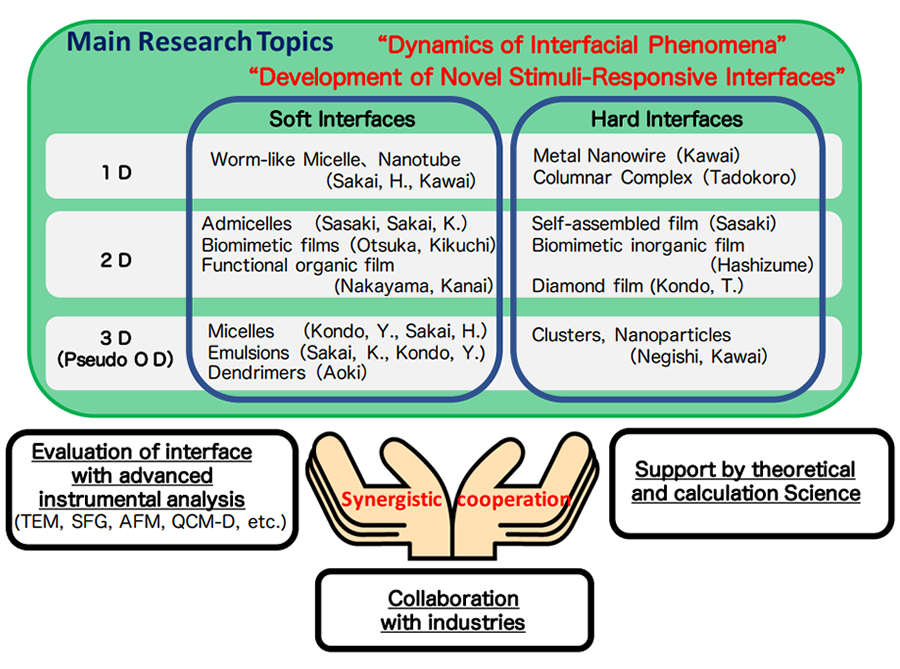